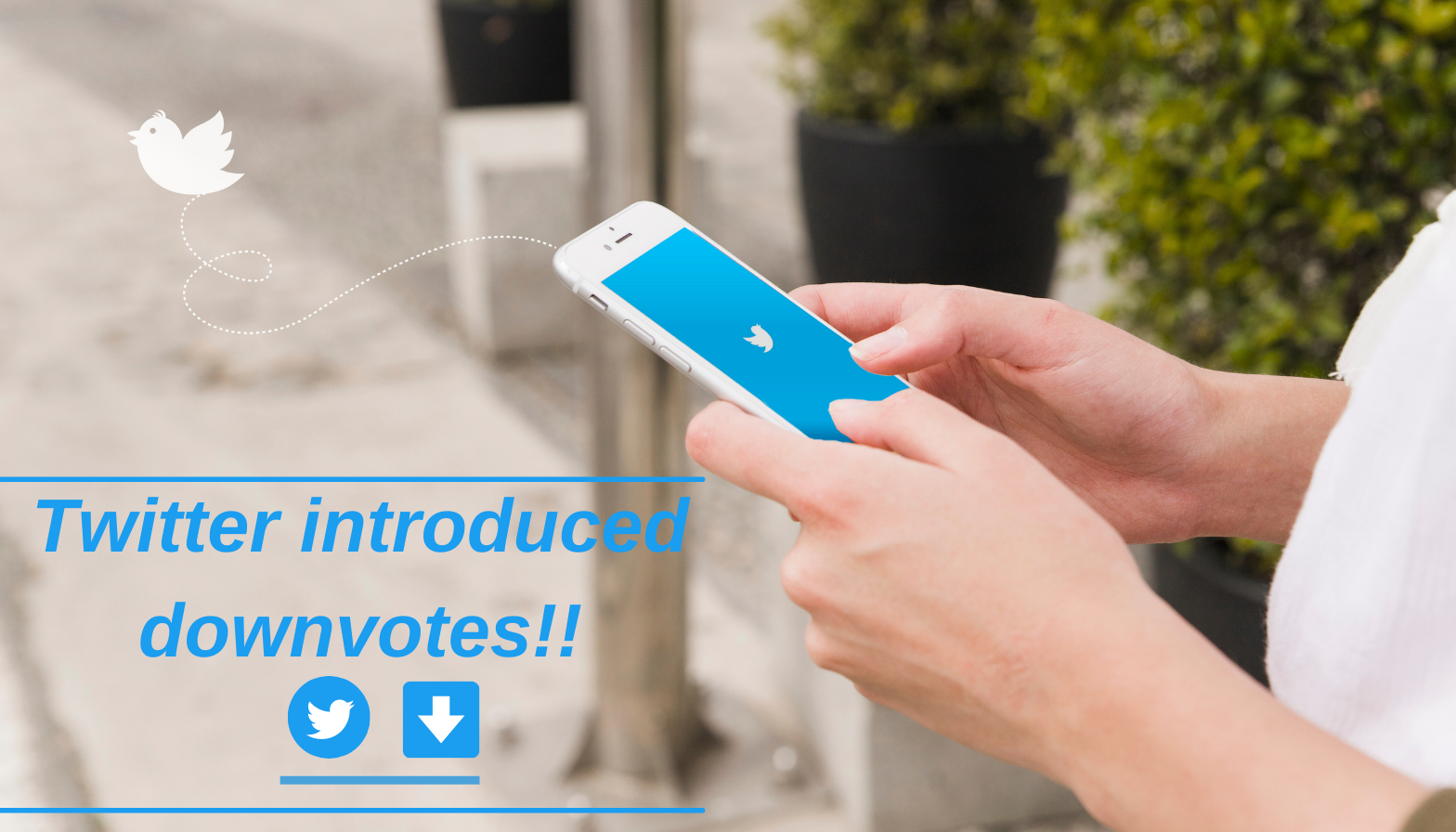 For many users and businesses, Twitter's "toxicity" is a source of irritation.

Could the platform's newest possible feature be a means to make it a more positive environment for everyone?

Downvotes can alert the system to spam, but they can also be used by trolls to suppress good information. That is only the beginning.

What You Should Know About Twitter Downvotes and downvote replies.

“Some of you on iOS may see different options to up or down vote on replies. We’re testing this to understand the types of replies you find relevant in a convo, so we can work on ways to show more of them.”

What exactly does this imply?

Twitter is considering implementing a system similar to Reddit's upvoting and downvoting system.

Users that participate in the test will see thumbs up and down symbols, while others will see arrows indicating up or down.

Users on Twitter have begun reporting seeing a downvoting option on responses. Along with the button, there's a statement that states Twitter is experimenting with downvoting on answers and that the downvotes aren't public or visible to the author. Twitter will use the trial to "learn what people think is beneficial to the dialogue," according to the statement. This functionality is likewise comparable to the upvote and downvote buttons on Reddit.

Unlike Reddit, Twitter does not display downvotes or downvote proportions on postings, nor do they figure into overall likes or, in the case of Reddit, upvotes. In 2021, Google-owned YouTube, which also has a dislike button, made the number of dislikes on videos private. The dislike button is still there, despite the business claiming in a November blog post that its action had reduced targeted dislike attacks. Creators may view specific dislike counts for videos, which is a huge change in YouTube's approach.

Downvote replies aren't public, and they won't be shared with the tweet's author or anyone on the timeline, according to the message introducing users to react downvotes. The button's purpose, according to Twitter, is to alert the platform when a response "isn't adding to the conversation." The firm claims that downvote input would help the platform prioritize higher quality material under the title "help us make Twitter better."

Downvote replies on Twitter, a feature that no one asked for, are now being rolled out to more individuals across the world. You can use a down-arrow to indicate your discontent with a tweet reply, but the outcome won't be visible to the author or other Twitter users...

The test began in July of last year via the iOS app, with the business stating at the time that the results would be solely for the company's own use.

While there was some praise for the fact that downvotes will not be visible — the last thing Twitter needs is additional methods for people to be disrespectful to one another – there were also concerns about the downvoting concept itself.

Only responses to tweets, not the original tweet, are eligible for downvotes.